When Undiscovered Country was announced during the fall of 2019, I knew I had to read this comic. After all, it is written by two of my favorite writers, Scott Synder (Batman, Dark Nights Metal) and Charles Soule (Star Wars and Darth Vader). And it is a story about my country and my home, the United States of America. So, how could I pass this up?

The story is about a United States from a future not too far from our present. A United States that has closed off its borders to the entire world. In addition, this is also a story about humanity on the brink of extinction thanks to a sky virus and the delicate armistice that could lead to yet another war. And at the center of it all? Seven strangers chosen to go on a diplomatic mission to get the cure for the sky virus after a message was sent over by a doctor by the name of Sam Elgin.

We are introduced to siblings who originate from the United States, Daniel and Charlotte “Lottie” Graves who are mere opposites of each other. Lottie is a doctor who is determined to get the cure of the sky virus and save as many lives as she can while Daniel is a hired mercenary on the run. Then we have Ace Kenyatta, a specialist in all thing United States including the history and society of the country. Valentina Sandoval, a multimedia journalist with a reliable drone name “Buzz.” Janet Worthington, a diplomat from the Western Alliance Euro Afrique and her Eastern counterpart, Enlou Chang, a diplomat from the Pan Asiatic Prosperity Zone. And Colonel Bukowski, a pilot from Poland.

When group arrives in America, they are ambushed by an odd group led by a mysterious man known as the Destiny Man, a xenophobe who does not want any foreign boots on American soil and the comic’s main antagonist. The group is eventually rescued by a masked figure revealed to be none other than Dr. Sam Elgin proclaiming himself to be Uncle Sam and telling Daniel and Lottie that he wants them to save America.

As the story goes further, it is clear that in addition to their expertise or talents, every single character has their own motives that led to them being a part of this expedition. These motives are mini anecdotes that flesh each of the characters out. And it is a reminder of why I enjoy Synder’s and Soule’s writing so much. Synder used a similar anecdotal style when writing the backstory of Lincoln March and ancestors of Bruce Wayne during his run on Batman. And with Soule’s writing, I feel there is a bit of that emotional element that every character expresses; I’ve seen this on his Vader work when the Sith Lord would reminisce about his days as Anakin Skywalker. Like with any awesome adventure story, Synder and Soile take us on a ride where we see some unexpected twists and turns in this comics and this is only just the beginning.

I also love the art drawn by Giuseppe Camuncoli and Daniele Orlandini. I remembered seeing Camuncoli’s work when reading Superior Spider-Man and Vader (he and Soule worked together on this comic) and I was hooked with the grittiness of the art which I see was perfect for Undiscovered Country. I did some research on Daniele Orlandini and saw that she did work on Marvel’s Darth Vader and I could see that same boldness into the art. In addition, the coloring by Matt Wilson was also a great tag team partner to that gritty art.

I am looking forward to more issues for this comic. I have read three issues so far and I read that Synder and Soule plan on making this into an ongoing series. If that is the case, I would love to buy an omnibus in the future because this has got to be one of my favorite series from a non-DC and Marvel title.  I recommend that you check out Undiscovered Country. To me, this story is as American as it gets. Not in entirely in a, as Lex Luthor from Superman: Red Son would put it, “Norman Rockwell, apple pie, Stars n’ Stripes, and the Fourth of July,” sense but close enough. I recommend that you all give it a read. 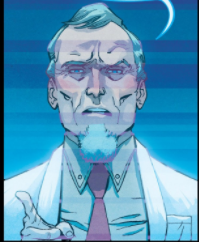 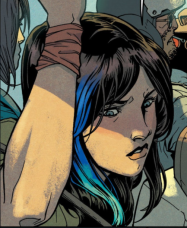 One thought on “Review: Undiscovered Country”